Cartoons: their importance in kids’ development 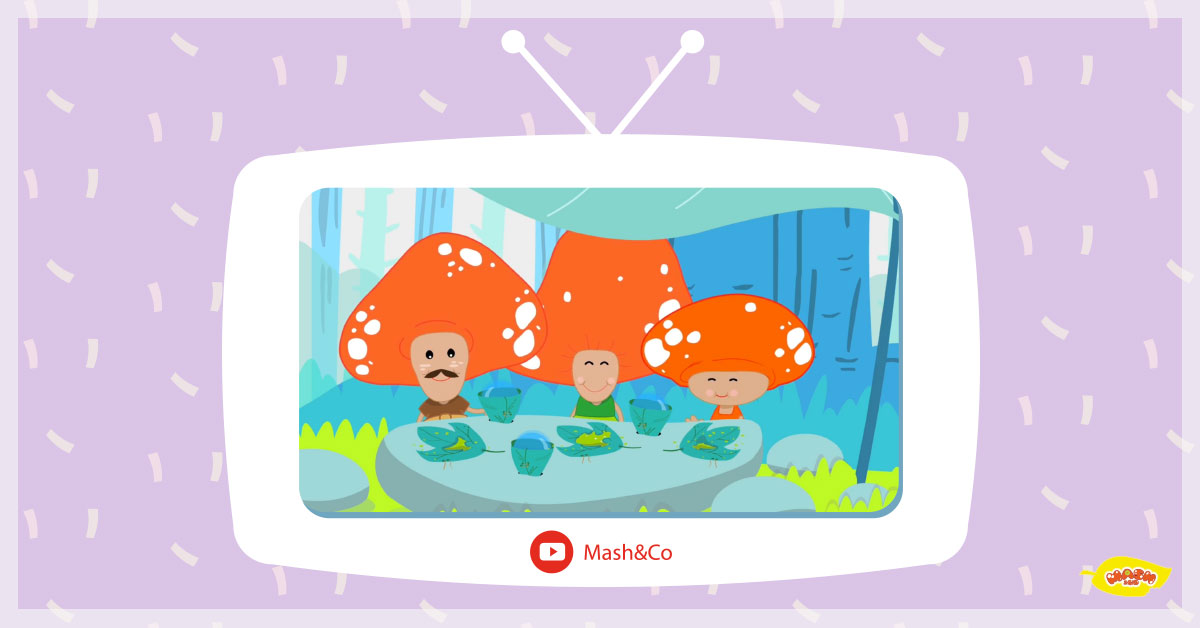 Every living being perceives the world through their senses. Learning through the senses is vital for children’s mental and physical growth. Hearing, touch, smell, taste, and sight are the windows by which they perceive reality. Today we focus on the importance of vision as a window to see and get from the world. In particular, we will understand the effect of colours and animated cartoons as engaging and exceptional means of communication to learn and boost curiosity in children.

Colours are among the external factors that stimulate children before emotions. Notwithstanding the little ones perceive colours differently compared to their stage of development, there is evidence that colours can send specific messages. For example, soft and pastel colours, commonly used in children’s rooms, convey a sense of calm, while bright colours such as red and yellow stimulate activity.

Cartoons are one of the efficient tools that use colours to communicate something. In fact, coloured moving images first capture children’s attention before they understand any message, providing them with a world full of symbols that reflect complex concepts to explain to a young child.

READ ALSO: 5 Reasons Why Storytelling Will Save Humanity

Like many things, television and cartoons are being accused because of their passive component, but also for the suspects that they can not correctly educate children with their contents.
For example, in many animated works that have dominated the years such as those produced by Disney, there are no parents or parental guides, as we would expect. There are stepmothers, witches, and bullies that bash orphans and defenceless creatures.

Disney’s choices reflected his time. His feature films, inspired by the Grimm Brothers’ fairy tales, embrace the idea of transformation and see the protagonists as lifters, capable of acting for change, in the ’20s in the USA.
From this example, we can already deduce that cartoons may have an educational role and can teach a lot. Let’s see how.

The educational benefits of cartoons

It is vital for parents to understand that children perceive the world differently and fairy tales positively help to understand the complex dynamics of life. Fairy tales, upon which cartoons base, tinged with different symbols to teach cognitive skills and moral for children. Maurizio Brasini, child psychology authority explains that evils and orphans in cartoons have a real specific purpose:

“Fairy tales face problematic aspects of the child’s life and suggest solutions symbolically. For example, a step-mother represents the “bad part” of each mother, that is, the relationship difficulties, misunderstandings, the feeling that the child feels that he has suffered injustice, fear of punishment, etc. Similarly, the orphan is a condition in which children are going to do without the parent, to tolerate their absence and face life without their support to win independence.”

To be able to experience a wide range of stimuli, both physical and psychological is significant for children’s growth at an early age. Having trained the senses means having an open mind, able to absorb, understand and learn to stay in the world.

Nowadays cartoons are less passive, thanks to on-demand television and mobile devices that makes cartoons even interactive. Although entertainment media have changed over the years, the power of animations as a learning media remains the same, thanks to the strength of storytelling as a way to convey meaningful messages.

Mash&Co is a product based on this concept: it’s an app that uses the power of storytelling on new media such as mobile devices, to convey current issues, friendship and difficulties to overcome.

ABOUT THE AUTHOR
Katrin Ann Orbeta – Mash&Co
“I was born in the Philippines but grew up in Italy. Living two cultures I saw the beauty and differences: people and especially children do not have the same rights and opportunities. I truly believe educating children is the best way to create the basis for a fair world. Hence Mash&Co, digitally animated story that introduces children to positive values. My contribution to a better world starts with my love for drawing, animation, and technology.”

Mash&Co Mug
Put anything you want inside this cute little mug.

Mash&Co Pillow
A soft companion for your kids.